The segment we recorded is named “Lawyer with a Voice” and it is part of our “Behind the Art” podcast series. We thoroughly enjoyed interviewing Matt Lamont as he was funny and easy to talk to. In the podcast we described some of our views on Matt’s art form, as well as gave listeners a chance to hear about Matt’s life choices and how his current career path came to be. Matt was a lawyer turned voice-over artist and we delved deep into his story and how it affected him and his family. We learned that Matt’s true passion is his voice-over work. He disliked being a lawyer so much so that he left the field for the unpredictable field of voice-over artistry. We found it very interesting that Matt found his love for the voice-over craft just by sitting around and watching Adult Swim on Cartoon Network.  Simply by watching a few of his favorite shows, he realized that many of the voices of the characters were being performed by the same person. This inspired him to pursue voice-over artistry because it would allow him to voice characters for some of his favorite shows. After being inspired he made the bold decision to transition into this new craft. During the podcast we mentioned three websites where one can find more information on Matt and follow his story. They are:

Our Blog on Matt

Overall, Matt’s story was very inspiring and an example of true courage and boldness. We wish him the best on his future endeavors and hope he fulfills his dream of being a voice on one of his favorite shows. 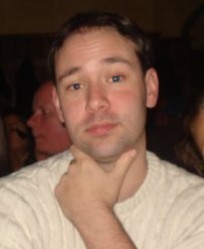